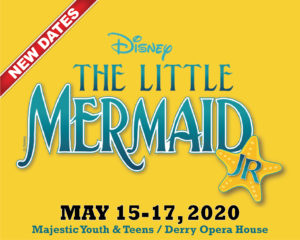 This enchanting classic of children’s literature is reimagined in brilliant musical style by composer Lucy Simon and Marsha Norman, the Pulitzer Prize-winning playwright of ‘Night Mother. Orphaned in India, 11 year-old Mary Lennox returns to Yorkshire to live with her embittered, reclusive uncle Archibald and his invalid son Colin. The estate’s many wonders include a magic garden which beckons the children with haunting melodies and the “Dreamers”, spirits from Mary’s past who guide her through her new life, dramatizing The Secret Garden‘s compelling tale of forgiveness and renewal.

Presented by The Majestic Productions (Adults)